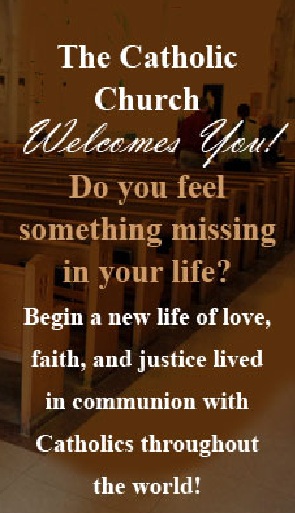 The Rite of Christian Initiation of Adults (RCIA) refers to the liturgical rites belonging to the Catechumenate. 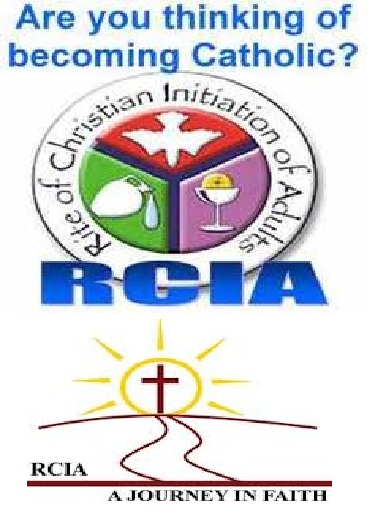 RCIA is also called the 'Catechumenate' and there are several stages and ritual steps leading up to the reception of the Sacraments of Baptism, Confirmation and the Holy Eucharist.

First Stage: The Pre-Catechumenate
The pre-Catechumenate has no fixed duration and is the least formal and structured of all the phases. The main purpose is to give the inquirer an opportunity to question and explore many different aspects of the Catholic faith, while introducing some of the Gospel values. The inquirer expresses the interest and the Church accepts their intention to respond to God’s call to follow the way of Christ (public rite called Acceptance into the Order of Catechumens).

Second Stage: The Catechumenate
The longest and most formal part of the process. During this phase the catechumen is expected to participate with the whole Catholic community in their Sunday celebrations. The catechumen participates by sharing in the Liturgy of the Word. Through prayer, learning and coming to know other Catholic Christians, catechumens discover the love and power of God in their lives and in the church. This phase is meant to be one not only of intellectual and faith formation, but also one of great delight and opportunity to contribute to and benefit from the parish community.The Rite of Election is an acknowledgment on behalf of the priest, the RCIA team, and the sponsors, that the catechumen is adequately formed and ready to receive the Sacraments of Initiation. It is a formal acceptance on behalf of the Church.The catechumen too, formally declares that he / she has believed and accepted all that was presented to them during the Catechumenate. This is a formal declaration that it is their desire to become a fully active participant within the Catholic faith community. This Rite takes place during the first Sunday of Lent and from this time, until they are baptised, the catechumens are called the elect.

The Third Stage: The Period of Purification & Enlightenment
This phase takes place during Lent, and is marked by 3 community celebrations known as Scrutinies. During this period, the elect and the parish community together focus on conversion, scrutinize their lives in light of the gospel and celebrate the presentations of the Creed and Lord's Prayer. These scrutinies coincide with the 3rd, 4th and 5th Sunday's of Lent, and they ask God for healing and forgiveness of the elect. This is the most important of all transitional Rites because it is when the elect are fully incorporated into Christ and the Church by Baptism, Confirmation and the Holy Eucharist at the Easter Vigil. The elect become full members of the Body of Christ, the Church. From this time until the end of the period of mystagogy, they are known as neophytes, "new sprouts."

The Fourth Stage: Period of Mystagogy
An important period of reflection by the newly initiated with their parish community. The formation and teaching continues during this time, in order to help the neophytes become incorporated into the full life of the Christian community. It is important to note that the fourth stage may be the end or final stage of the RCIA process, but it is only the first stage of the rest of their lives as a fully active and participating member of the Catholic Church.

Interested, the first step is as below:
Contact your nearest Catholic parish. Your Catholic priest can discuss with you the specifics of the initiation process at your local parish. Know that the prayers the 1.2 Billion Catholics around the world are with you from the beginning to the  completion your journey into the Catholic faith.

Best wishes
and
welcome to the journey of the Catholic faith.
Posted by Stanley at 10:31