Repentance and Renewal in the season of Lent 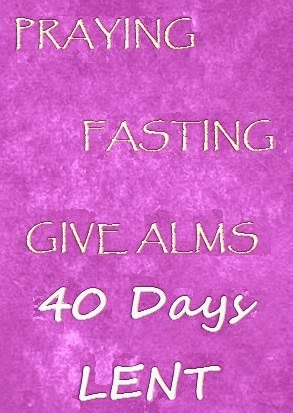 Therefore, turn away from our sinfulness, recommit ourselves to following Jesus, and deepen our relationship and closeness to God by reflecting on His Words. We remember in Lent that our faults can lead us away from God, and also make us selfish, forgetting about the needs of others. We think for a moment about our own lives and we ask God‟s forgiveness. During this time of Lent, we learn to let go of all unnecessary things and be more mindful of our dependence on God. We fast, abstain, pray and give alms.

Lord, during this Lenten season
nourish us with Your word of life
and make us one in love and prayer.

The Church has never allowed Sundays to be kept as days of fast ... Every Sunday is a day of obligation, the paschal mystery is celebrated (Canon 1246) and is also mini Easter.

Sunday, on which by apostolic tradition
the paschal mystery is celebrated,
must be observed in the universal Church
as the primordial holy day of obligation.
(Canon 1246)

Abstinence from meat,
or from some other food
as determined by the Episcopal Conference,
is to be observed on all Fridays,
unless a solemnity should fall on a Friday. Abstinence and fasting are to be observed
on Ash Wednesday and Good Friday.
(Canon 1251)

Therefore the calculation on how forty days came about is as follows:
From Ash Wednesday to Holy Saturday is 46 days and there is 6 Sundays within that period. Therefore, 46 days minus 6 Sundays equals to 40 days of Lent fasting.
Posted by Stanley at 18:48 No comments:

Dance with My Father ~ Luther Vandross

Email ThisBlogThis!Share to TwitterShare to FacebookShare to Pinterest
Labels: Dad I Miss You, Dance with My Father, Luther Vandross

Growing up with them was easy
The time had flew on by
The years began to fly
They aged and so did I
And I could tell
That mama she wasn't well
Papa knew and deep down so did she
So did she
When she died
Papa broke down and he cried
And all he could say was, "God, why her? Take me!"
Everyday he sat there sleeping in a walking chair
He never went upstais
All Because she wasn't there

Then one day my Papa said,
"Son, I'm proud of how you've grown"
He said, "Go out and make it on your own.
Don't worry. I'm O.K. alone."
He said, "There are things that you must do"
He said, "There's places you must see"
And his eyes were sad as he
As he said goodbye to me

Every time I kiss my children
Papa's words ring true
He said, "Children live through you.
Let them grow! They'll leave you, too"
I remember every word Papa used to say
I kiss my kids and pray
That they'll think of me
Oh how I pray
They will think of me
That way
Someday

Email ThisBlogThis!Share to TwitterShare to FacebookShare to Pinterest
Labels: Dad I Miss You, Papa, Paul Anka

Hear O' Lord, it is I Your servant crying and begging for Your Help 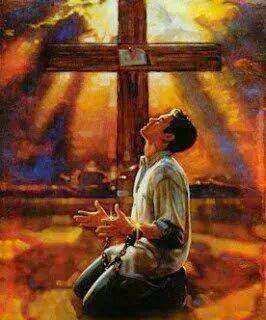 Dear Lord,
I am going through financial difficultly,
and out of desperateness I cry to you O' Lord
to help me in this urgent need
and all those in similar situation as me.
Lord, things have become worst
as now my dad has just pass on
and called back by You to Your home,
I now grief more each day missing my dad
who was my right hand and support in my troubles.
I know Lord, I have sinned and am a sinner,
have mercy on me Lord.
I am only human at times,
I am unable control my human senses.
I know Lord, you are full of love and mercy,
your compassion and empathy is infinite.
Therefore, Lord Jesus
by the will of the Father in heaven,
let it be done unto me,
touch, heal and provide for me Lord
and all other who also need the same.
I truly have faith, trust and hope
in You alone my Lord,
that by Your miraculous wonder,
and by the will of God the Father,
my prayer and needs will be fulfilled
and the money I need
will know my name, address and bank account
as soon as You permit it.
My trust and hope in You Lord
will never fade or die.
May the grace of the Almighty
Support, Sustain and Supply all my needs
according to His riches in glory.
Amen.
Posted by Stanley at 18:50 No comments:

Psalm 139:23-24
Search me, God, and know my heart;
test me and know my anxious thoughts.
See if there is any offensive way in me,
and lead me in the way everlasting. 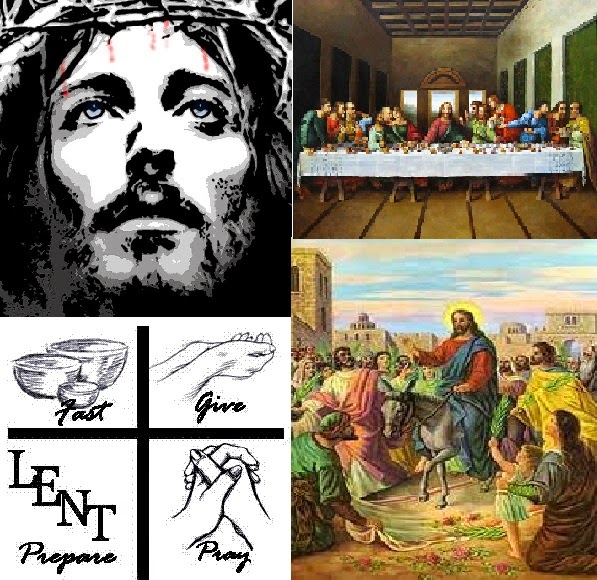 The season of Lent begins on Ash Wednesday which falls on 18 February, 2015 marks the beginning of Lent, and it ends a day before Easter (Resurrection of Jesus Christ) on Holy Saturday, 4 April, 2015. Lent is a solemn observance in the liturgical year of many Christian denominations. During the season of Lent, Christians prepare for the celebration of Easter by prayer, penance and fasting. There are actually 46 days from Ash Wednesday to Holy Saturday consisting of 40 weekdays and 6 Sundays, Lent is actually 40 days minus the 6 Sundays which is a day celebration of Jesus' victory over sin and death by His resurrection from the death (fast and penance is forbidden or optional Sundays).


In 2015, the Message of Pope Francis for Lent is "Make your hearts firm (cf. Jas 5:8)". Based on the theme of the globalization of indifference, the Holy Father expresses his hope "that all those places where the Church is present, especially our parishes and our communities, may become islands of mercy in the midst of the sea of indifference!"

A Lenten Prayer called the Passion


Dear Lord Jesus,
by Your Passion and Resurrection
You brought life to the world.
But the glory of the Resurrection
came only after the sufferings of the Passion.

You laid down Your life willingly
and gave up everything for us.
Your body was broken and fastened to a Cross,
Your clothing became the prize of soldiers,
your blood ebbed slowly but surely away,
and Your Mother was entrusted to the beloved disciple.

Stretched out on the Cross,
deprived of all earthly possessions and human aid,
You cried out to Your Father that the end had come.
You had accomplished the work given You,
and You committed into His hands,
as a perfect gift,
the little life that remained to You.

Lord, teach me to accept all afflictions
after the example You have given.
Let me place my death in Yours
and my weakness in Your abandonment,
Take hold of me with Your love,
that same foolish love that knew no limits,
and let me offer myself to the Father
with You so that I may rise with You to eternal life.