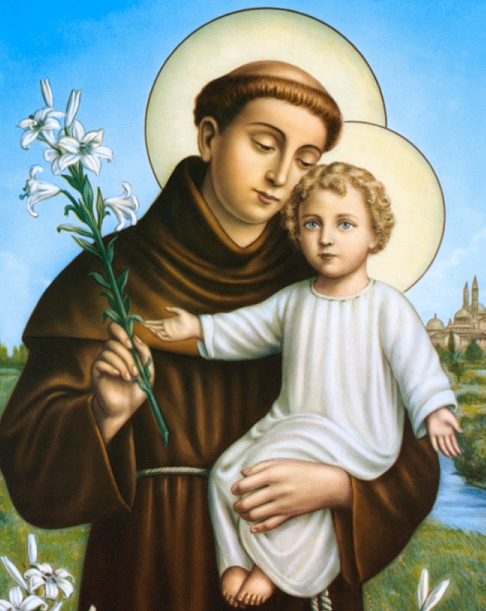 At 15, he joined the community of Canons Regular of St Augustine in Lisbon and at 17, he was transferred to the Augustinian Monastery of Santa Cruz at Coimbra which was renowned for its biblical scholarship. He then 25, was inspired to die for Christ by the martyrdom of the first Franciscan Friars whose bodies were brought back from Morocco to Coimbra where he was studying. He was deeply affected by their deaths where Berard, Peter and Otto who were priests while Adiuto and Accursio were brothers whom had had tried out of love to convert the Sultan of Morrocco and gave their lives for the sake of the Gospel.

Soon after, he joined the Franciscan Friars taking the name "Anthony" after the patron of the friary at Coimbra called Saint Anthony of the Olives and within a few months he was sailing for Morocco to achieve his dream of martyrdom. This did not last long as God had other plans for Anthony. He became ill with malarial fever and it was necessary for him to return home. On the voyage journey back there was a violent storm causing the ship to turn and run before the wind. They were blown all the way to Sicily where they found safety in the harbour at Messina and here Anthony found a group of Franciscan Friars. On getting to know about a great meeting of the friars at Pentecost, Anthony happily accompanied the friars north to Assisi. On the 23 May 1221, he attended the great Chapter of Mats and was one unknown, new, foreign friar among the thousands gathered at the meeting.

Saint Anthony's preaching came to the attention of Saint Francis, the founder of the Franciscans, who directed him to teach theology to the Franciscan brothers. He preached so strongly against the Cathars and Albigenses which earned him the title "Hammer of the Heretics." During his life, he performed many miracles, including rendering poisoned food innocuous by making the Sign of the Cross over it; bilocating (appearing in two places at one time) so that he could celebrate Mass and sing the Divine Office; and reattaching an amputated foot. His miracles, both during his life and after his death, has made him known as "the Wonder Worker".

Saint Anthony died in Padua on 13 June 1231, , and his feast is celebrated on that day.. St. Anthony's canonization was one of the fastest in history as it took less than 12 months. He was canonised in the town of Spoleto by Pope Gregory IX on the 30 May 1232. When his body was exhumed to be transferred it was found that although his body had disintegrated his tongue was whole, life-like and of a natural colour. St Bonaventure, seeing this miracle cried out, "O blessed tongue, you have always praised the Lord and led others to praise him! Now we can clearly see how great indeed have been your merits before God." He was proclaimed a Doctor of the Church on 16 January 1946.

“Christians must lean on the Cross of Christ just as travellers lean on a staff when they begin a long journey. They must have the Passion of Christ deeply embedded in their minds and hearts, because only from it can they derive peace, grace, and truth.”
~ St. Anthony of Padua ~ 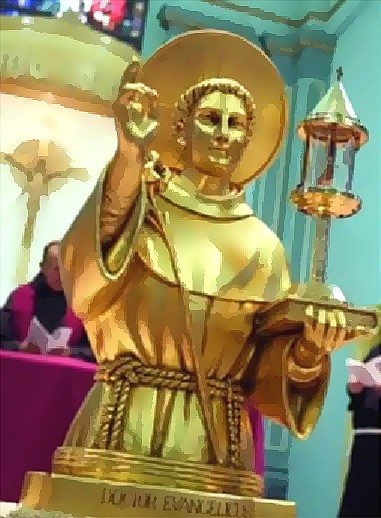 Email ThisBlogThis!Share to TwitterShare to FacebookShare to Pinterest
Labels: Doctor of the Church, Feast, OFM, Priest, Saint Anthony of Padua