What is the best protection which brings lasting security to our lives? 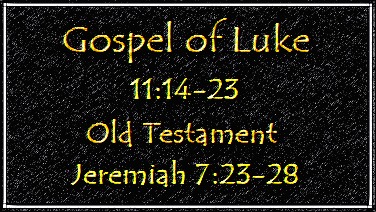 Scripture tells us that true peace and security come to those who trust in God and obey his word. "Obey my voice and walk in all the way that I command you, that it may be well with you" (Jeremiah 7:23). The struggle between choosing to do good or evil, yielding to my will or God's will, God's way or my way, cannot be won by human strength or will-power alone. Our enemy, the devil, conspires with the world and our flesh, to lead us into hurtful and sinful desires.

Peter the Apostles tells us, Our adversary, the devil prowls the earth seeking the ruin of souls (1 Peter 5:8-9). God offers us grace and protection if we are willing to obey his word and resist the devil. Because you have made the Lord your refuge, the Most High your habitation, no evil shall befall you, no scourge come near your tent. For he will give his angels charge of you to guard you in all your ways (Psalm 91:9-11).

Jesus' numerous exorcisms brought freedom to many who were troubled and oppressed by the work of evil spirits. Jesus himself encountered personal opposition and battled with Satan when he was put to the test in the wilderness just before his public ministry. He overcame the evil one through his obedience to the will of his Father. Some of the Jewish leaders reacted vehemently to Jesus' healings and exorcisms and they opposed him with malicious slander. How could he get the power and authority to release individuals from Satan's power? They assumed that he had to be in league with Satan. They attributed his power to Satan rather than to God.

Jesus answers their charge with two arguments. There were many exorcists in Palestine in Jesus' time. So Jesus retorted by saying that they also incriminate their own kin who cast out demons. If they condemn Jesus they also condemn themselves. In his second argument he asserts that no kingdom divided against itself can survive for long. We have witnessed enough civil wars in our own time to prove the destructive force at work here for the annihilation of whole peoples and their land. If Satan lends his power against his own forces then he is finished. How can a strong person be defeated except by someone who is stronger? Jesus asserted his power and authority to cast out demons as a clear demonstration of the reign of God.

Jesus' reference to the finger of God points back to Moses' confrontation with Pharoah and his magicians who represented Satan and the kingdom of darkness (see Exodus8:19). Jesus claims to be carrying on the tradition of Moses whose miracles freed the Israelites from bondage by the finger of God. God's power is clearly at work in the exorcisms which Jesus performed and they give evidence that God's kingdom has come.

Is Jesus the Master of your life?
Jesus makes it clear that there are no neutral parties. We are either for Jesus or against him, for the kingdom of God or against it. There are two kingdoms in opposition to one another - the kingdom of God and the kingdom of darkness under the rule of Satan. If we disobey God’s word, we open to door to the power of sin and Satan in our lives. If you want to live in freedom from sin and Satan, then your house - your life and all you possess - must be occupied by Jesus where he is enthroned as Lord and Savior. Is the Lord Jesus the Master of your home, heart, mind, and will?