The Process of Election for a New Pope

The College of Cardinals is the body of all cardinals of the Catholic Church, appointed by the Pope. The main task of the college:
1. Advise the pope about church matters when he summons them to an ordinary consistory.
2. In the event of death or resignation of a pope, they act as a papal conclave to elect a successor. They have  no ruling power except during the sede vacante (papal vacancy) period, and have extremely limited power at this time. 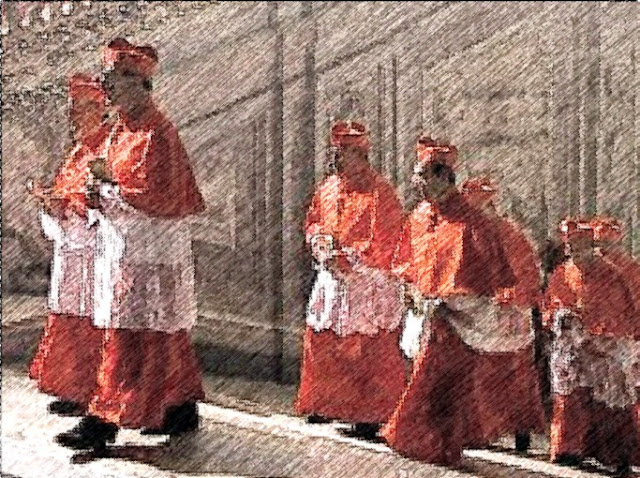 A conclave cannot begin until 15 days have elapsed, and this delay can be extended to 20 days, after the death of a pope (or a pope steps down). St. Martha's House (130 rooms), a hospice inside the Vatican becomes the residence for the cardinals participating in conclave process. The cardinals are disallowed to be approached by with anyone from the public during transportation between St. Martha's and the Sistine Chapel.


In 1996,  Pope John Paul II in an Apostolic Constitution called Universi Dominici Gregis (UDG) describes the complex procedures that would be used to elect the next successor to the chair St. Peter.
Rules for electing a new pope in the Universi Dominici Gregis :
* The maximum number of cardinals allow to participate in the voting is 120.
* Only 120 cardinals will be selected from the total number of eligible from the College of Cardinals, the rest would be disqualified from the vote. A Cardinal who turns 80 before the day the Papacy is vacated, either by death or resignation, cannot take part in the election.
* Two thirds plus one of Cardinals majority must agree to finalize the next Pope selection.
* 2 ballots per cardinal are held in the morning and afternoon, for a total of 4 per day.
* If no majority vote is declared after 12 or 13 days of voting process, the cardinals may choose to impose a majority vote, which would allow selection of a new pope by a simple majority.

The voting begins by each cardinal writes the name of the cardinals of their choice on a special rectangular ballot where the words "Eligo in Summum Pontificem" which means "I elect as supreme pontiff" is inscribed. After writing, the cardinal folds the ballot twice, holds it up and carries it to the the Sistine Chapel altar. The cardinal then says "I call as my witness Christ the Lord who will be my judge, that my vote is given to the one who before God I think should be elected." and then places the ballot on a plate atop the ballot receptacle. He uses the plate to drop the ballot into the receptacle and bows before returning to his seat.

After all cardinals has voted and ballots are collected, three chosen cardinals act as "Scrutineers" count the ballots to determine if everyone has cast their vote. If the number of ballots doesn't tally with the number of electors, the ballots are immediately burned and another vote is will take place. The Scrutineers are in charge of reading out the names on the ballot, recording the the votes and physically threading all the ballots together by using needle and thread.

After each voting session the counted and threaded ballots are burned with a added chemical to produce either black or white smoke. The smoke from the burning ballots appear from a chimney over the Vatican Palace. This is how the outside world determines the status of the Papacy Election.
Black smoke indicates no decision has been made yet.
White smoke indicates a new pope has been chosen and he accepts the Papacy. Bells will also be ring to signal the new pope has been elected. 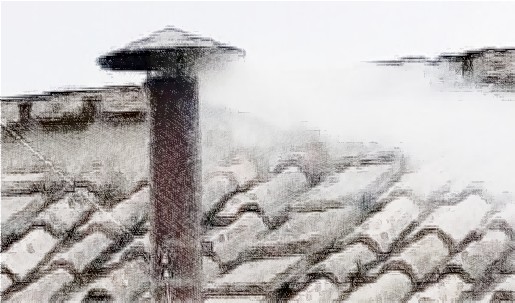 After the cardinals pledge their obedience to their elected leader, the new pope is introduced from the balcony of the Vatican overlooking St.Peter's Square with the words "Habemus Papam." in Latin for "We have a Pope." 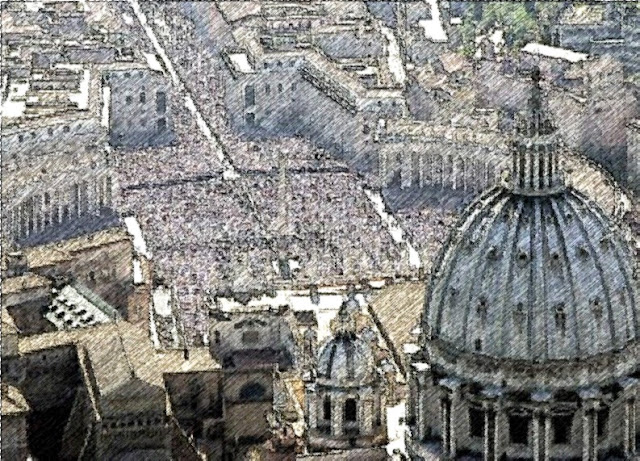 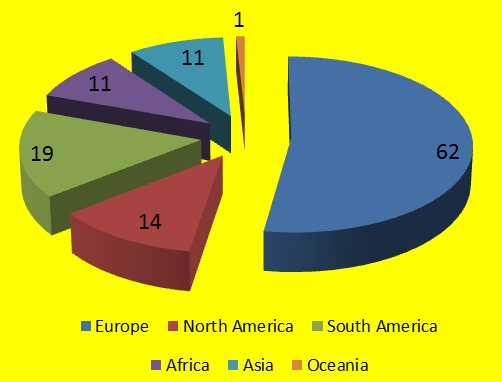 Cardinal Lubomyr Husar from the Ukraine, born on 26 February 1933, is not eligible to vote and this leaves 117 eligible cardinals to vote.

Only 115 cardinals will participate in the vote to elect a replacement for Pope Benedict XVI's papal vacancy as 2 of the 117 eligible cardinals will not be able attend the conclave.


~ Due to health reasons, Cardinal Julius Riyadi Darmaatmadja, 78 from Indonesia will not take part.
~ The Archbishop of Edinburgh and Saint Andrews, Cardinal Keith O’Brien,  who has resigned from his Archbishop post after allegations of “improper behavior”.

Below are men of God, cardinals, senior church leaders most likely to succeed Pope Benedict XVI as pontiff.