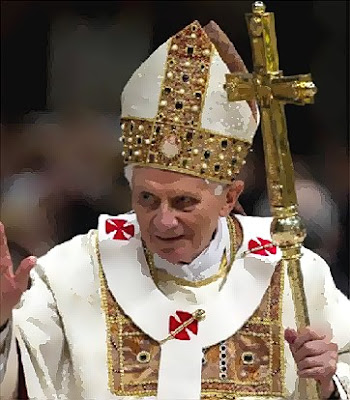 His Holiness Pope Benedict XVI announcement on his resignation has stunned the world and he Catholic church. After nearly eight years as head of Catholic church, the Pontiff, 85, who has arthritis, says he will step down on 28 February, 2013 due to his declining health. His resignation is being the first since the last 600 years and will leave the papacy vacant until a successor is chosen by the conclave most likely in in the following month.

Rev. Federico Lombardi as the Vatican spokesman, the pope will carry out his duties until 28 February at 8 p.m. and a successor would probably be elected by Easter, 31 March, 2013. But he said the timing for an election of a new pope was “not an announcement, it’s a hypothesis.”

Upon stepping down, his new title will be "Bishop Emeritus of Rome." Pope Benedict XVI said his last public mass on Ash Wednesday, 13 February, 2013 at the St. Peter's Basilica. Pope Benedict XVI explained his decision to retire, saying, "I am no longer capable of carrying out Peter's ministry with the strength needed."


All Catholics are called to remember the Holy Father (Benedict XVI) in our daily prayer and also to pray for the Holy Spirit to guide the cardinals as they prepare for the conclave in order to select the righteous successor for Pope Benedict XVI soon in accordance to what God has planned.

So SAD to see YOU leave YOUR PAPACY,
WE will miss you, Holy Father Benedict XVI,
YOU will be always remembered
in our HEARTS and PRAYERS.