Bind my children to your Immaculate Heart 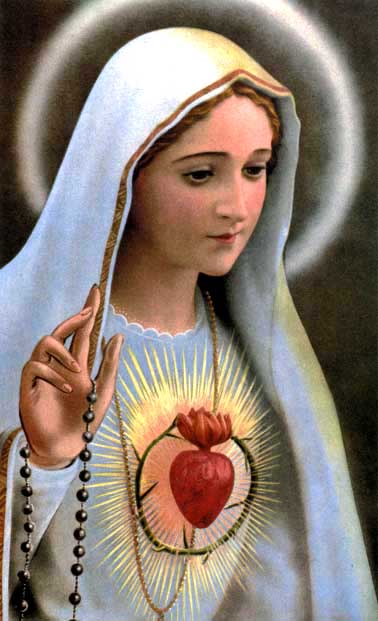 The faults of children are not always imputed to the parents, especially when they have instructed them and given good example. Our Lord, in His wonderous Providence, allows children to break the hearts of devout fathers and mothers. Thus the decisions your children have made don't make you a failure as a parent in God's eyes. You are entitled to feel sorrow, but not necessarily guilt. Do not cease praying for your children; God's grace can touch a hardened heart. Commend your children to the Immaculate Heart of Mary. When parents pray the Rosary,at the end of each decade they should hold the Rosary aloft and say to her,"With these beads bind my children to your Immaculate Heart", she will attend to their souls.
~ St. Louise de Marillac ~ 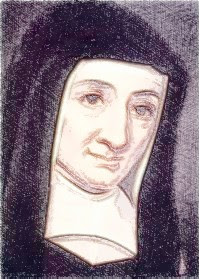 Louise de Marillac
was born out of wedlock in Paris in 1591. She later became a resident student to a Dominican convent where her aunt was a religious and the experience deepened her introspective ways and her intellectual skills, as well as her desire to be a religious.
In 1629, Vincent de Paul, the founder the Congregation of the Mission (the Vincentians), invited Louise to assist him with the Confraternities of Charity in the parishes of France. In the mission,
she gained a deep knowledge of the needs of the poor, developed her innate management skills and identified effective structures for service. On 29 November, 1633 in her residence she began to train young women to address the needs of poor persons and to gain support from their life together which was the mark of the humble beginning, the community of Daughters of Charity.
On the 15 March, 1660, she was call by the Lord to His Heavenly Kingdom. She was beatified on 9 May, 1920 and proclaimed a Saint of the Church on 11 March, 1934. In 1960 Pope John XXIII proclaimed her the Patroness of Christian Social Workers and till today she lives in the works of the Ladies of Charity, Daughters of Charity, and Sisters of Charity throughout the world.