The Church celebrates the Feast of the Conversion of St. Paul on 25 January, which gives us occasion to reflect on our own faith journey and our own conversion experiences. 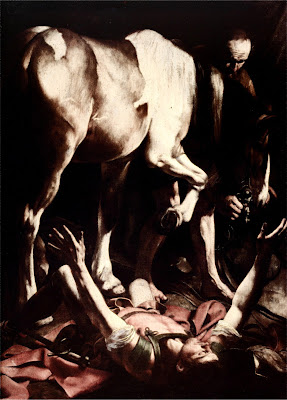 Prior to Paul's (then known as Saul of Tarsus) conversion, Paul, he was a "zealous" Pharisee who "intensely persecuted" the followers of Jesus.

St. Paul, (known as Saul), a Jew of the tribe of Benjamin, born at Tarsus, capitol of Cilicia. He was a Roman citizen since birth and was brought up as a strict Jew, whom later became a violent persecutor of the Christians. While on his way to Damascus to make new arrests of Christians, he was suddenly converted by a miraculous apparition of Our Lord. After this incident, he converted from a fierce persecutor he became the great Apostle of the Gentiles. He made three missionary journeys which brought him to the great centers of Asia Minor and southern Europe, and made many converts. Fourteen of his Epistles are found in the New Testament. He was beheaded in Rome and his body is kept in the Basilica of St. Paul nearby the Ostian Way. 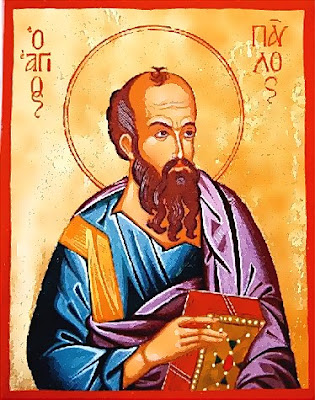 Prayer to Saint Paul the Apostle

O Glorious Saint Paul, after persecuting the Church you became by God's grace its most zealous Apostle. To carry the knowledge of Jesus, our divine Savior, to the uttermost parts of the earth you joyfully endured prison, scourgings, stonings, and shipwreck, as well as all manner of persecutions culminating in the shedding of the last drop of your blood for our Lord Jesus Christ.

Obtain for us the grace to labor strenuously to being the faith to others and to accept any trials and tribulations that may come our way. Help us to be inspired by your Epistles and to partake of your indomitable love for Jesus, so that after we have finished our course we may join you in praising him in heaven for all eternity. Amen.