Lazarus was carried to Abraham's bosom 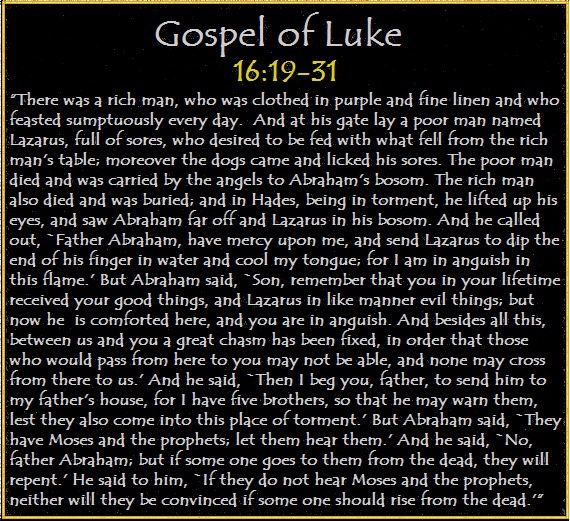 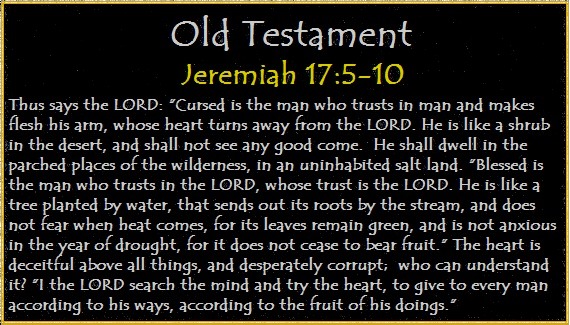 What sustains you when trials and affliction come your way? The prophet Jeremiah tells us that whoever relies on God will not be disappointed or be in want when everything around them dries up or disappears (Jeremiah 17:7-8). God will not only be their consolation, but their inexhaustible source of hope and joy as well.

We lose what we hold on to - we gain what we give away
Jesus' parable about the afflictions of the poor man Lazarus brings home a similar point. In this story Jesus paints a dramatic scene of contrasts - riches and poverty, heaven and hell, compassion and indifference, inclusion and exclusion. We also see an abrupt and dramatic reversal of fortune. Lazarus was not only poor, but sick and unable to fend for himself. He was "laid" at the gates of the rich man's house. The dogs which licked his sores probably also stole the little bread he got for himself. Dogs in the ancient world symbolized contempt. Enduring the torment of these savage dogs only added to the poor man's miseries and sufferings.

The rich man treated the beggar with contempt and indifference, until he found his fortunes reversed at the end of his life! In God's economy, those who hold on possessively to what they have, lose it all in the end, while those who share generously receive back many times more than they gave away.

Do not lose hope - God rewards those who trust in him
The name Lazarus means God is my help. Despite a life of misfortune and suffering, Lazarus did not lose hope in God. His eyes were set on a treasure stored up for him in heaven. The rich man, however, could not see beyond his material wealth and possessions. He not only had every thing he needed, he selfishly spent all he had on himself. He was too absorbed in what he possessed to notice the needs of those around him. He lost sight of God and the treasure of heaven because he was preoccupied with seeking happiness in material things. He served wealth rather than God. In the end the rich man became a beggar!

Do you know the joy and freedom of possessing God as your true and lasting treasure? Those who put their hope and security in heaven will not be disappointed (see Hebrews 6:19).

Lord Jesus, you are my joy and my treasure. Make me rich in the things of heaven and give me a generous heart that I may freely share with others the spiritual and material treasures you have given to me.

source: From the desk of Don Schwager,
hosted by Kairos Europe and the Middle East
Posted by Stanley at 02:00