Almighty God,
shepherd of souls,
we pray for Francis,
chosen to be Pope
Guide him by your Spirit,
give him grace to lead people
in prayer and zeal
and to follow in the footsteps
of Jesus Christ your Son our Lord.
Amen. 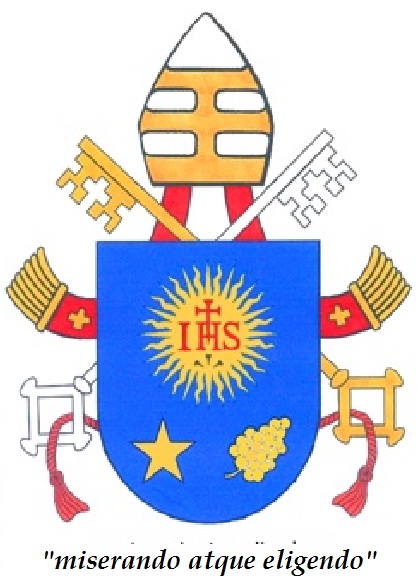 The coat of arms is the same one he used archbishop of Buenos Aires, with the addition of the papal symbols of a bishops' miter and gold and silver-crossed keys.
A gold star representing the Virgin Mary, and the nardo, a grape-like plant with which St Joseph is often represented, are painted on a bright blue background. Above them is the emblem of Francis' Jesuit order. Together the three represent Jesus, Mary and Joseph.
The papal ring is in gold-plated silver and was originally offered to Paul VI in the 1960's. 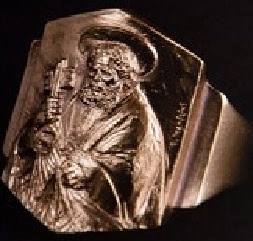