Habemus Papam, the 266th Pope has been Elected 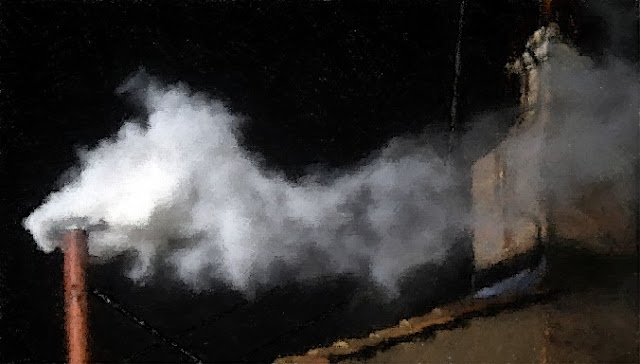 White smoke finally billowed
from the Sistine Chapel, Vatican City
at 7:07 PM, 13 March 2013
Habemus Papam ~ We have a pope
was announced by
French cardinal Jean-Louis Tauran 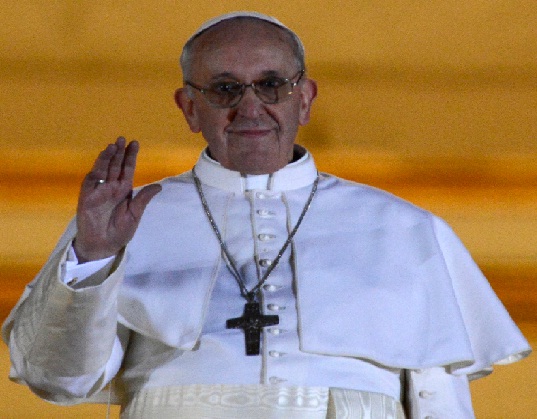 The vacant Chair of Saint Peter has found a candidate, Cardinal Jorge Mario Bergoglio, 76 of Argentina is the new Supreme Pontiff of the Roman Catholic Church and the successor to Benedict XVI. He will be the head and supreme shepherd of the 1.2 billion Roman Catholics worldwide. He is the first non-European pontiff in nearly 1,300 years. In addition to the later, he is also the first pontiff from the Latin American, the New World, and the Southern Hemisphere, who is also the first Jesuit pope. He is a doctrinal conservative (like all serious candidates for Pope). He selected papal name Francis, n honor of Saint Francis of Assisi, and because he believes in uplifting of the poor of our society. The Vatican clarified that his official papal name was Pope Francis, not "Pope Francis I." A Vatican spokesman said that the name would become Francis I if and when there is a Francis II.

He is a humble man who leads an austere and sober life without ostentation, travelling by public transport and living in a small apartment outside Buenos Aires. Pope Francis, said to the crowd "Pray for me" when he made his first appearance on the central balcony of St. Peter's Basilica. In this gesture of humility, he asked the crowd to bless him before he blesses them.

His main focused has been on helping the poor throughout his career, noting, “The suffering of innocent and peaceful continues to slap us, the contempt for the rights of individuals and peoples are so far away, the rule of money with his demonic effects as drugs, corruption, trafficking people, including children, along with material and moral poverty are big problems.”

~ He has four brothers and sisters. His father was an Italian immigrant and railway worker, and his mother was a housewife.
~ Graduated from a technical school and a chemist by trade.
~ Knows how to Tango.
~ At the age of 21 in 1958, he decided to enter the Society of Jesus, and started studying to become a Jesuit priest. He was ordained as a priest on 13 December, 1969.
~ He has a philosophy degree from the Catholic University of Buenos Aires and a master’s degree in chemistry from the University of Buenos Aires.
~ He taught literature, philosophy, theology, and psychology.

~ Archbishop of Buenos Aires since 1998, and a cardinal since 21 February, 2001.
~ His episcopal motto was “miserando atque eligendo” (lowly and yet chosen).
~ He speaks fluent Spanish (his mother tongue), Latin, Italian, and German.

~ As the Archbishop of Buenos Aires he turned down the opportunity to live in the palatial Archibishop’s residence, opting for a small spartan apartment outside Buenos Aires instead.
~ Travelling by public transport, he takes the bus.
~ Cooks his own meals.
~ He has lived for more than 50 years with one functioning lung, his other one got infected, and it had to be removed during his teenage days.
~ After Argentina legalized gay marriage in July 2010, Bergoglio described the new law as “a scheme to destroy God’s plan” and “a real and dire anthropological throwback.” When the legislation was still being debated, he called it “a move by the father of lies to confuse and deceive the children of God.” Argentine President Cristina Fernández de Kirchner said Bergoglio’s comments were “really reminiscent of the times of the Inquisition.”
~ Bergoglio also called gay adoption “discrimination against children,” charging that the practice was “depriving [children] of the human growth that God wanted them given by a father and a mother.”
~ He urged Argentinians not to travel to Rome to celebrate if he was appointed but to give their money to the poor instead.
~ Though conservative on church doctrine, he has criticised priests who refuse to baptise babies born to single mothers.
~ He is believed to have been the runner-up in the last papal conclave in 2005. 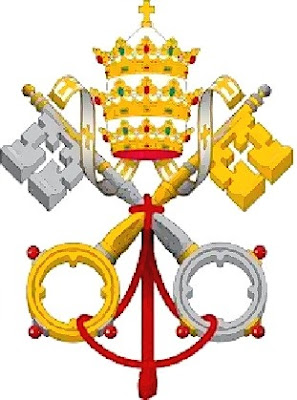