The structure of the clergy body in authority within a Christian church. 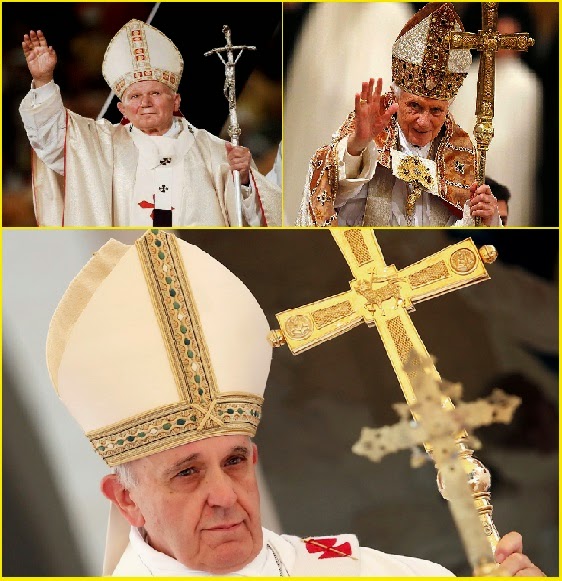 Pope
Head of the Catholic church and he is based at the Vatican. The Pope is also Bishop of Rome and Peter’s successor, Also known as "Vicar of Christ" and the "Supreme Pontiff" of the Universal Church, and also a less formal title as the "Servant of the Servants of God". The pope is infallible in defining matters of faith and morals. He is the perpetual and visible source and foundation of the unity both of the bishops and of the whole company of the faithful. 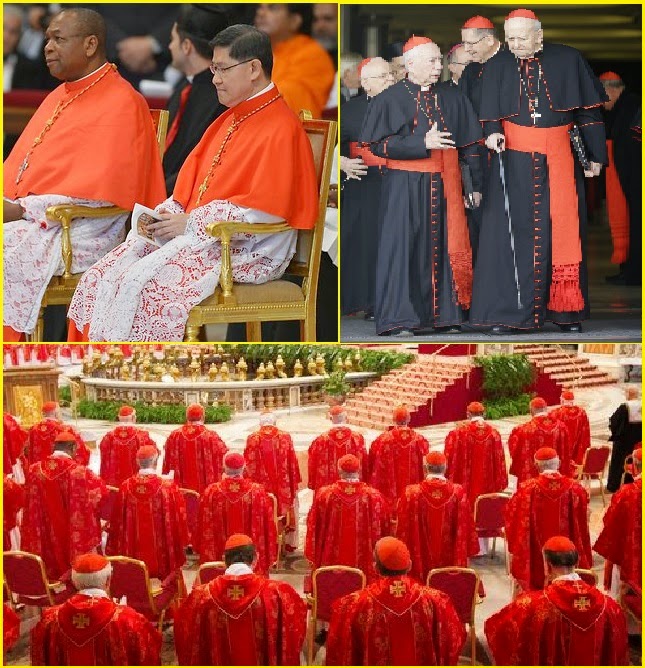 Cardinal
Are princes of the Church appointed.by the Pope and they make up the College of Cardinals, whom provides advise the Pope. They are chosen from head departments of the Roman Curia or important episcopal sees throughout the world.Cardinals under the age of 80 also have duty on electing a new Pope upon death or resignation of the current Pope. 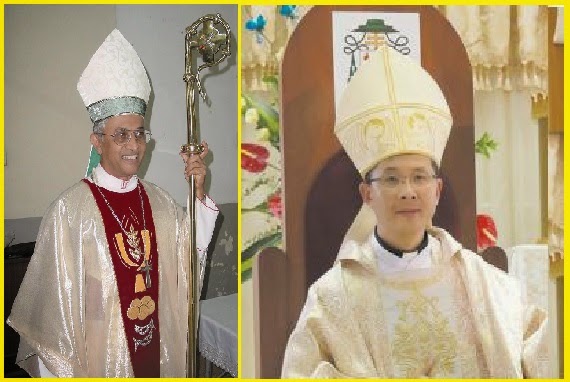 Archbishop
An archbishop is a bishop of a main or metropolitan diocese also known as an archdiocese. A cardinal can concurrently hold the title. 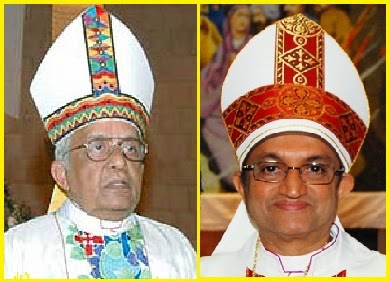 Bishop (Diocesan Bishop)
A bishop, like a priest, is ordained to this position/ranking. Ordained to the episcopate is the fullness of the priesthood, are considered the successors of the Apostles. He is a teacher of church doctrine, a priest of sacred worship, and a minister of church government within the diocese or sees he is ordained bishop. The Pope himself is a bishop (the bishop of Rome).

Priest
An ordained priest who can administer most of the sacraments, including the Eucharist, baptism, and marriage in a given congregation. He can be with a particular religious order or committed to serving a congregation.

Deacon
A transitional deacon is a seminarian studying for the priesthood. A permanent deacon can be married and assists a bishop or priest by performing some of the sacraments.
Posted by Stanley at 05:25