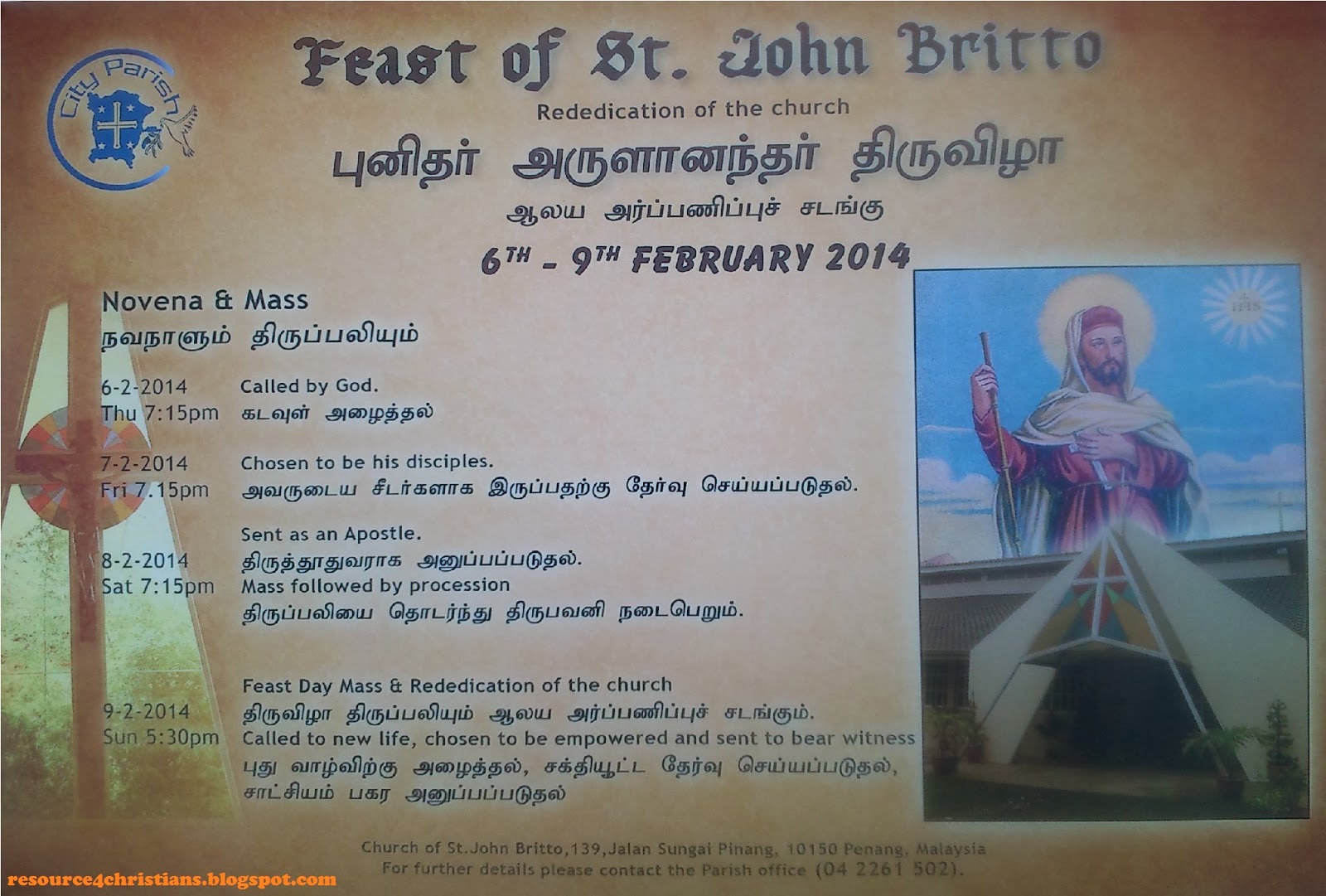 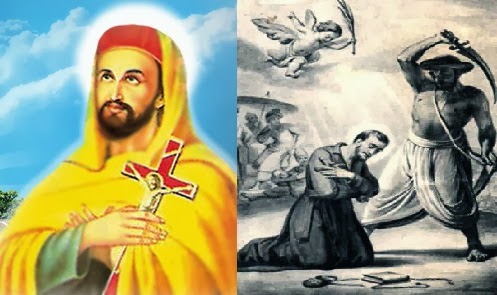 St. John de Britto was one of the earliest Jesuit missionaries in India to adopt elements of the local culture in his evangelization. John de Britto, a young energetic man from a royal family in Portugal,.When Britto was young, he almost died of an illness and his mother vowed he would wear a Jesuit cassock for a year if he were spared. He regained his health and walked around court like a miniature Jesuit. In 1673, John de Britto arrived in Goa, India. Impelled by the zeal to announce the good news of Christ to all peoples and cultures, John de Britto traveled on foot, on horseback and bullock cart all over Tamil Nadu and elsewhere. Next to St. Thomas the Apostle, Britto is the only martyr-Saint in India to date. Catholic Church in Tamil Nadu has seen some remarkable Jesuit missionaries. St. Francis Xavier and St. John de Britto stand out as strong pillars of Christian faith. His eighteen years of tireless service won for him the hearts of many Catholics.

On 4 February, 1693 at Oriyur in Tamil Nadu, the blood he had shed for the Christian faith, so attests the long cherished tradition, has miraculously turned the soil at the site of his martyrdom into red colour. No wonder John de Britto is popularly called even today the Red Sand Saint! In 1683, John de Britto had to leave India but returned in 1691. Arrested, tortured, and commanded to leave India, he refused and was put to death. He was beatified by Pius IX on 21 August, 1853 and later was canonized by Pius XII, 22 June, 1947.